We are going to be at Lantasy next weekend! Mar 12-13 at Pearkes Arena

For those who were looking forward to the IFCon event this weekend (October 31-November 1, 2015) at Pearkes please be advised the event has been cancelled.

We are deeply disappointed and had looked forward to a fantastic display featuring the Halls of both Justice and Doom and the “Battle of Bricktoria”. This feast of super-hero/comic-book/movie goodness will hopefully be incorporated into our Family Day event in Sidney next February.

For any further information on the cancellation you should seek answers @ ifconvictoria.com/.

All are welcome to attend, this is a public meeting and not a show, though there may be the odd bit of show and tell going on, along with frivolity and laughter.

VicLUG will be at Cherry Bomb’s Ultimate Hobby & Toy Fair because we never miss the happiest day of the year! It takes place in the Pearkes Recreation field house beside Silver City and Tillicum Mall.

It’s on May 3rd this year…. that’s close to an auspicious date huh…?

VicLUG and Robin Sathers will be making another Lego Mania event on March 13-15 at Tillicum Mall! There are over 100 entries from kids into the contest and we’ll be having a Duplo big build, moc area with Where’s Waldo, and kid build zone. Hope to see you there!

Xmas village under attack from Imperial Forces. Our contribution to Sidney’s Christmas Grotto. Check it out @ 2387 Beacon Avenue (next door to Alexander’s Coffee).

VicLUG will be participating in a fundraiser for young Dacian who has MS and needs a specialized van in the future. We are partnering with our good buddies Heroes Inc on October 25th at the Commonwealth Recreation Centre.

The event runs between 1-3 and look forward to seeing you there!

VicLUG will be at the upcoming Cherry Bomb Ultimate Toy and Hobby show, we haven’t missed one yet!

It’s at Pearkes Arena, behind Silvery City and Tillicum Mall.

Hope to see you there!

VicLUG was at Tillicum Lego Mania for the 5th year running, partnering with Robin Sather of Brickville this time to make the Gates of Harmonious Interest from China Town. The theme of this year’s event was ‘Old Victoria’ and the kids’ contest entries were just incredible.

The gates were designed by Robin and many VicLUG members helped with the building of the mosaics and rest of the structure. It was so complicated that the ‘resolution’ had to be lowered and it still ran a day over, easily the most complicated and ambitious creation seen at Lego Mania. A steel structure kept it sturdy and this time around there was a significant proportion more of Lego to Duplo ratio. 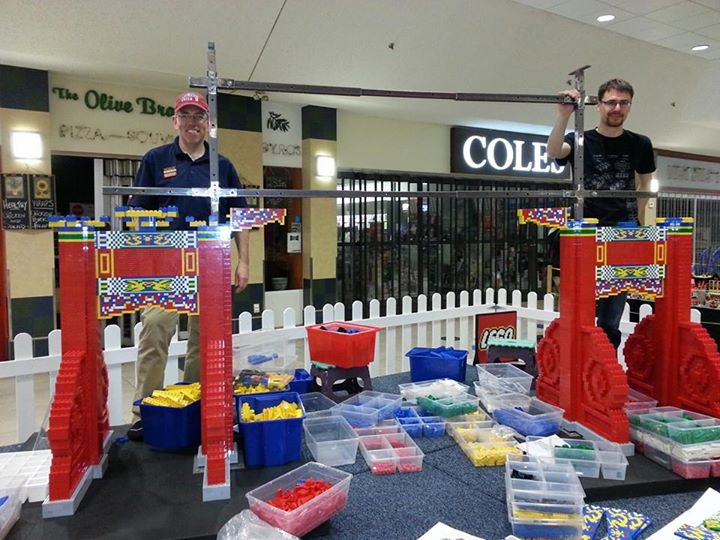 Robin and John at the end of Day 1 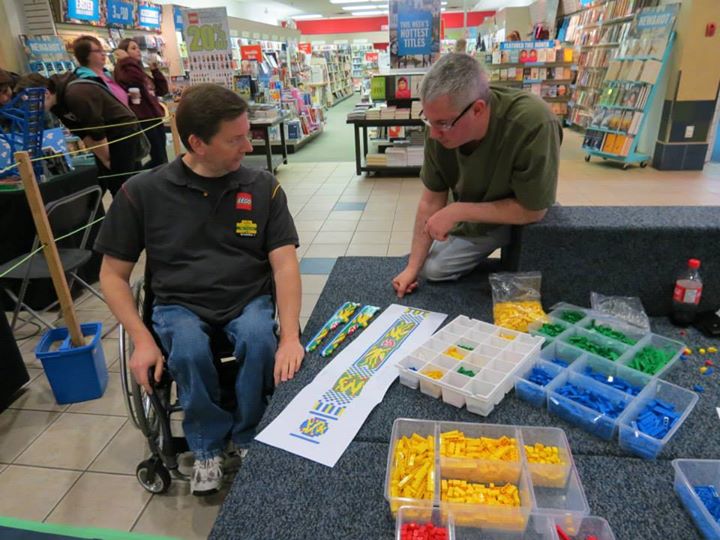 Rob and Spencer working on the mosaics 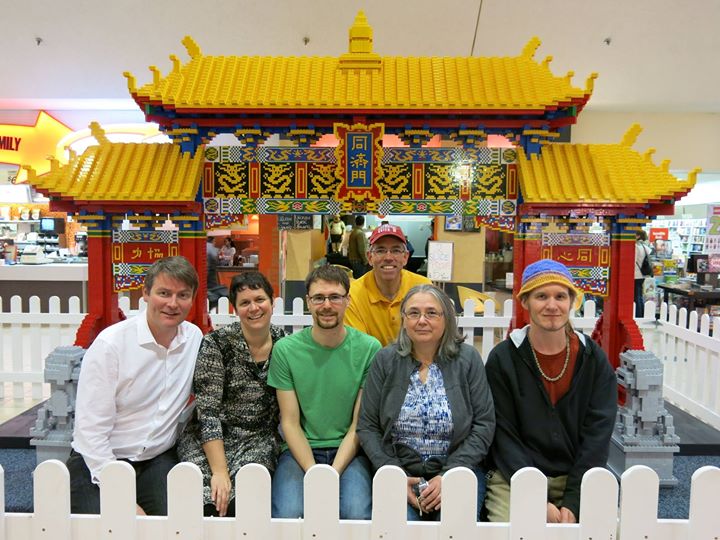 Steven, Jenn, John, Robin, Mary and Joseph at the end of day 4

The kids contest had a wonderful turnout and really well crafted creations! 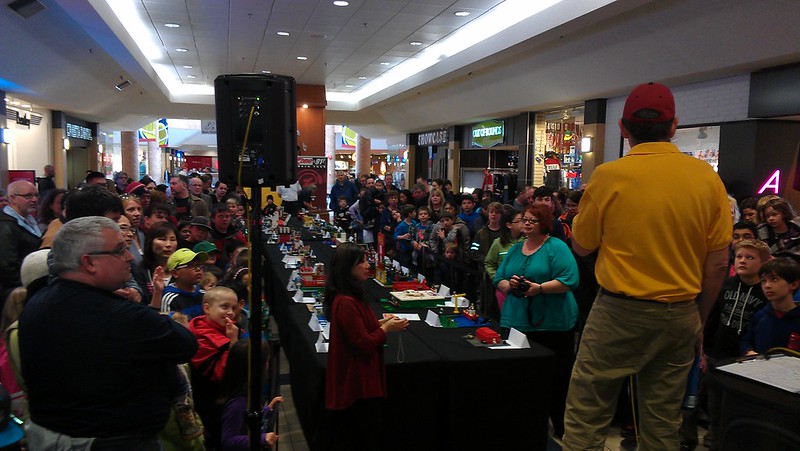 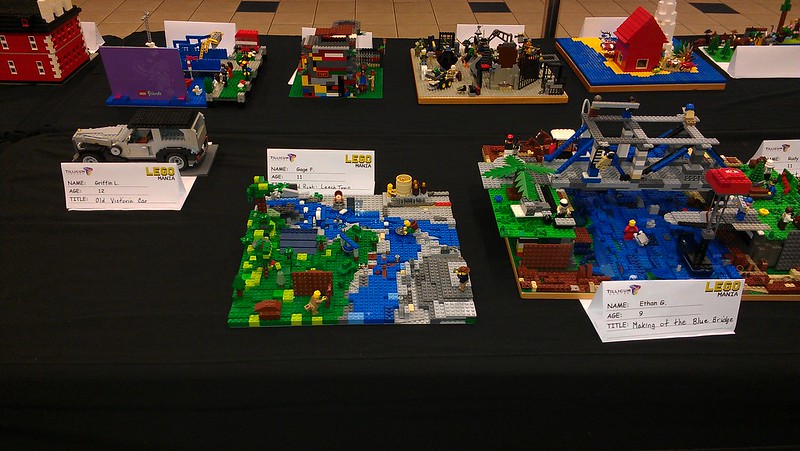 Some of the  awesome creations! 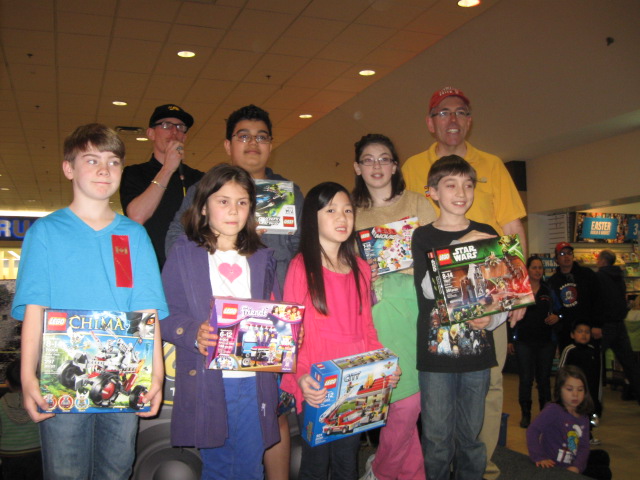 Robin with all the winning and honourable mention kids and their prizes!

VicLUG had a moc display as well as the popular Where’s Waldo minifig search. 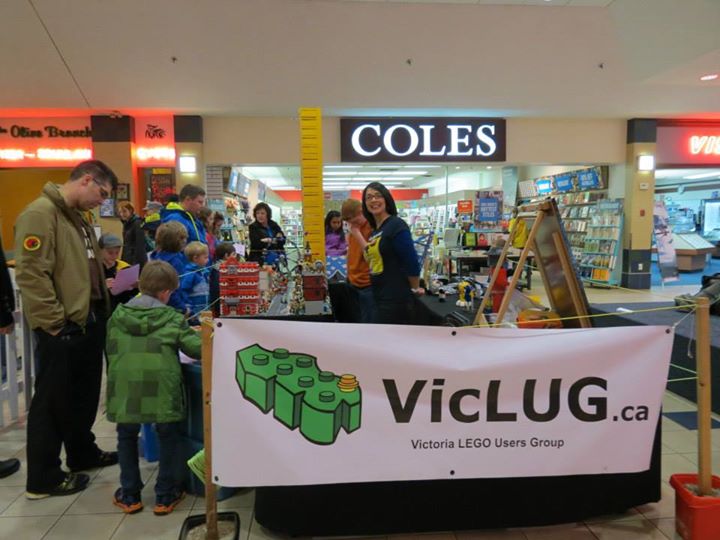 Eric and Michelle helping everyone find the figs 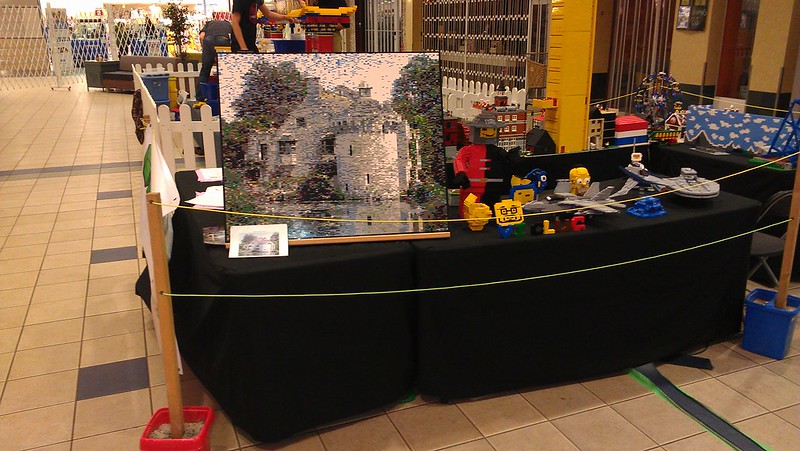 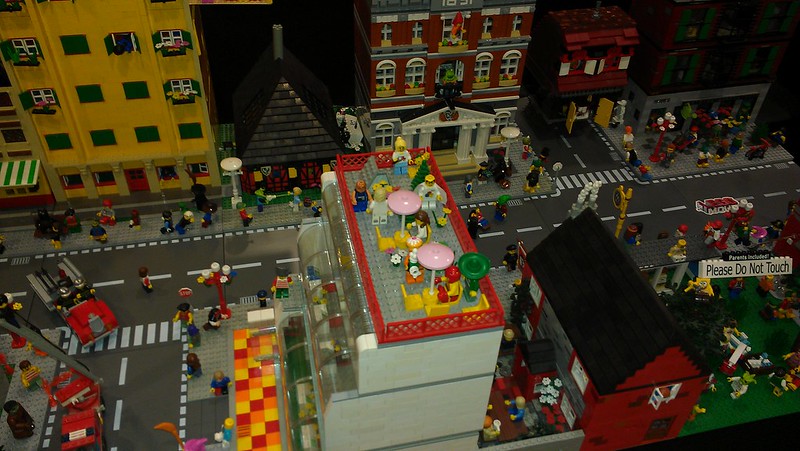 There was also a public build zone but as usual no pictures were taken. Imagine a massive zone filled with kids feeding from brick troughs.

When you are moving 3 buildings and your container breaks and hits the cement when you are walking in from the truck. Maybe this is

Gotta hate when that happens.

When you are moving 3 buildings and your container breaks and hits the cement when you are walking in from the truck. Maybe this is

Gotta hate when that happens.